This was a project i'd wanted to do ever since I found out about Schmitt Nand synthesizers, but only reacently got around to it. It basically consists of a quad nand chip set up to make 4 separate Schmitt oscillator, 2 slow, 2 fast. I then modulated the two fast ones using the two slow ones, and then combined them to give a two tone output. The effect of this allows an infinite variety of sounds, all really annoying! It was small enough to pack into an Altoids tin with a battery and a speaker. Now I could drive everyone in a room insane at the flick of a switch... I'm such a great guy :P

For an example of the noises it can make, go to: http://www.youtube.com/watch?v=X8qRPz9VdF8& 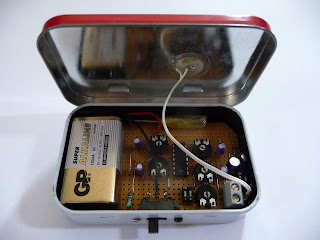 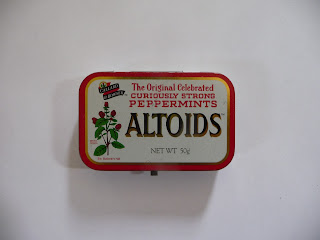